Pinnacle Auto Appraisers
Diminished Value Appraisals
There are two primary cases that address the notion of damages in the diminished value context. The seminal case is that of Siegle vs. Progressive Consumer’s Insurance Company, 819 So.2d 732 (Florida 2002). The Siegle case, which was heard in fr
Continue reading

We are sad to say that Joyce Smith “Mrs. Speedway Motors” co-founder of Speedway Motors has lost her battle with cancer. Joyce was the wife of “Speedy” Bill Smith; mother of Carson, Craig, Clay, and Jason Smith. Joyce passed on August 4, 2013 after a 34-month fight. 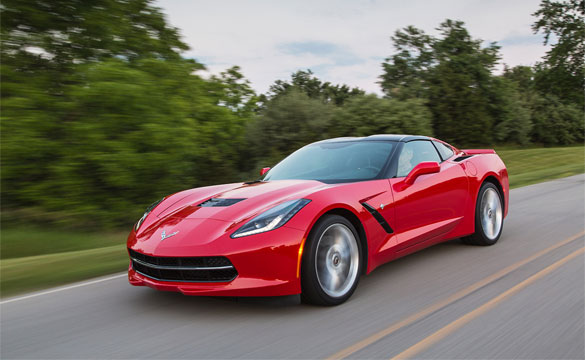 More than 500 cars, trucks, and bikes will be on display at the 15th annual General Motors St. Catharines plant car show in Ontario, Canada on Friday.

But you can bet the most popular vehicle will be the all-new 2014 Corvette Stingray, with one of the seventh-generation cars slated to be on display at the show.

The public is being invited to get up close and personal with the car that is already drawing raves in the automobile industry, despite the fact that not one has been delivered to a paying customer yet.

“Don’t forget your cameras,” a spokesman for the show said.

Besides being able to see a Stingray up close, the show also offers another fun feature, a chance for owners to run their cars on the Chassis Dyno to get some figures on the output of their engines. “Back your machine onto the dyno and I’ll tell you exactly how many horses it’s pumping out,” says Mike, the dyno operator.

General Motors sponsors the all-GM-powered show on about 20 acres of field from 9 a.m. to 5 p.m. and will be making donations to three community charities – Habitat for Humanity, Autism Ontario, and Children’s Hospital.

The all-new “Back to the Future – Corvette Stingray” T-shirts will be on sale Friday.

Related:
[PIC] Corvette Caught in Toronto’s Flash Flood
Chevrolet Prices the 2014 Corvette Stingray in Canada at $52,745
Corvette Racing’s Ron Fellows to be Inducted into the Canadian Motorsport Hall of Fame

Is Your Vehicle Ready for the Zombie Apocalypse?

Pinnacle Auto Appraisers
Car Industry RSS
Honda CR-V sales soared ahead of the Ford Escape and Toyota RAV4 in July, and in terms of pricing, not much changes with the CR-V for the 2014 model year. Prices for the 2014 Honda CR-V compact crossover have increased by $150 across the line, meaning a base-model front-drive 2014 CR-V LX will go for [...]
Original link
335 Hits
Tweet
335 Hits

By accepting you will be accessing a service provided by a third-party external to https://autoappraisers.com/